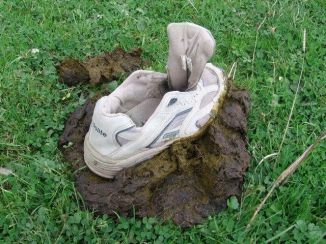 I owe some people an apology.  Early on in this ongoing bowel movement that has been the presidential election of 2016, I spoke freely and openly about the idiocy of Bernie Sanders and socialism in general.  At the time, I really didn’t grasp that some of my adult friends would actually be voting for Bernie in the primary.  Looking back now, I realize that my remarks probably gave the impression of calling people stupid for supporting Bernie.  For that I apologize.  My intent is almost always to be critical of thoughts and ideas without being overly critical of those who buy into them.  But I know it doesn’t always come across that way.  I apologize.

I’ve followed along pretty closely through the primaries, with hopes of a candidate with true conservative values winning the Republican nomination.  Maybe someone who possesses wisdom, integrity, honesty.  Someone who understands the dangers of an ever-expanding federal government and the exponential rise of the nanny state.  Gee, maybe even just someone who has genuine leadership skills.  Someone that will be a president even for those who didn’t vote for them.  That just didn’t materialize.

Before our eight years of Obama, I was never overly concerned with who out president was. My main concern has generally been for what Americans believe and not so much for who our supposed leader is.  But it is now my belief that no American president has ever done a more masterful job of negatively influencing the thinking of an upcoming generation and effectively silencing and shaming dissenters.

From Obama’s ongoing narratives, racial division has been re-ignited and disrespect for law enforcement has been energized.  Climate change is a new religion.  Work ethic steadily dies along with personal responsibility, as he pushes for equal results under the disguise of equal opportunity.  Affordable care act has basically made healthcare more affordable only for those who aren’t paying for it anyway.  The “everybody deserves” movement has never had so much momentum.  It’s probably safe to say that no president ever has done more to lay the groundwork for outright socialism (Obama and Hillary both love socialism, but only Bernie has the courage to call it what it is).  So yes, my attention level has risen.

So where does that leave conservatives?  Between Hillary and Trump, it may be a race between socialism and free markets.  That’s enough to make me vote for Trump, almost.  I don’t feel it’s necessary to hash out a laundry list of what I don’t like about Hillary (being conservative should explain why I could NEVER vote for Clinton).  Suffice to say that both candidates face a continuous onslaught of negative publicity, simply because that is the true path their life has taken and the malodorous trail that is left behind.  Plenty of folks have done a fine job of laying out a case for not voting for either one of them.  Yeah, I get that loud and clear.

Can I vote for Trump?  At times I thought I could, simply because of what I was voting against.  I was undecided until today.

I don’t say this to get others to follow along.  And I certainly don’t want to present my position as the right position or one that Christians should take.  But I have a feeling that many others feel the same as I do.  Unsure.

I have 10 & 16 year-old sons.  I care deeply what the United States of our future looks like. I care deeply what our younger generation believes in and where they lay their hope and their trust. My hope is that they place their trust is Jesus Christ as a savior who gives them hope, strength, and guidance.  I have a family to raise and a family business to run…..no matter who is president.  And regardless of who our nation’s leader is, I can use my life and my words to make an impact for Christ.  We don’t need a perfect environment to practice Christianity or to raise our family in God-honoring ways.  We don’t need an intrusion-free business climate to keep the doors open and keep the bills paid.

Yes it’s wise to be informed and concerned.  But I refuse to resort to hand-wringing about who our next leader is.  I refuse to buy into the perspective of “we’re doomed if _____ wins.”  Maybe for Christians, we’re not doomed, but we are seriously distracted from the life that God desires for us when we allow ourselves to become overly distraught about election results.  Again, I’m not trying to shame anyone for a level of passion that they may have reached.  I’m just telling people where I landed.

As a business man, I’m thankful that I don’t conduct business and treat people the way Trump has a history of doing.  And as women, I’m just forever grateful that my wife and daughters are polar opposites of the person that Hillary is.

But still, I could vote against Hillary and vote for Trump.

Except that I have two daughters of voting age (18 & 20).  And if they ask me who they should vote for, I could not with good conscience tell them to vote for Trump. But they didn’t even ask me.  And perhaps that is the deciding factor that speaks loudest of all.  My girls spend their time in the Bible seeking God’s direction in their life instead of following the biased hysteria of CNN, Fox News, and social media.  They are more concerned with God than they are about political and economic circumstances.  Pretty sure my wife feels the same way. I’m following their lead.

For all you folks that have done such a fine job telling the world why we shouldn’t vote for either, I commend you for a job well done.  You win.  I will vote for neither.

Like a good friend of mine has always said when left with choosing between two bad options………..

In the end, you can choose to call your prized pile of manure something else.  But it still stinks.

Don’t bother telling me I have to choose one.  No, I don’t.

Some years ago, my daughter had a Calico cat that I despised.  And I had a gun that I’d never fired.  But no, it’s not what you think.

I can’t recall the exact sequence of events on that fateful day, only that a UPS van that turned around in our rural driveway, plowed over poor Daisy.  But Daisy didn’t die.  She was left in a sad distorted mess and destined to die.  It became my job to put her out of her misery.

That brings us to my brief history of gun ownership.  Events in my life had led me to purchase a small caliber pistol for potential protection against the presence of some evil folks who lurked on the outskirts of my work life.  But I had never fired it.

My experience with guns (here in the heart of hunting and gun-loving friends) consisted of one bold shot into a pond with a .22 rifle as bored teen that sent a large frog a long distance through the air……..in a lot of pieces.

So I find and load my pistol, and drag poor Daisy to a secluded spot behind our house to bring her life to a merciful end.  The only problem was, that even though she couldn’t move, it still took me three shots to get a direct hit.

Apparently I turned my head, closed my eyes and flinched each time I shot.  But I finally finished the deed.  I’m pretty sure my kids still think of this story every time they see a UPS truck.

But why do people buy guns?  Why do people vehemently defend their right to own guns?  And why do politicians bring up gun control laws every time a news story of gun violence reaches national airwaves?

I couldn’t begin to get inside the mind of an avid gun owner.   But I think the main reason that people purchase their first gun later in life is simply to protect themselves against the presence of evil people in their world.  A couple of horrific news stories motivated my wife to arm herself………not against guns, but against godless evil people.

Make no mistake, it is of greatest importance to be more heavily armed that whatever potential evil we may face.  If somebody wants to assault me with bare hands, then I want a baseball bat (since I’ve never been in a fist fight in 47 years, I don’t imagine I could win one now).  If someone comes at me with a knife, I’ll be needing a gun.  If danger shows up with a gun, I’ll most likely need a bigger gun.

I won’t argue just how big of a gun is big enough.  And I won’t argue the finer points of intrusions and registrations that gun control regulations present.

But I will toss this out there:

There needs to be a shift away from freaking out about what people possess (guns), and serious consideration of changing the way people think (heart)

The problem with so many problems is that government wants to step in and overstep in cases where inaction is perfectly fine.  But politicians want to grab every horrible headline and say, “Yes, I am going to fix that for everybody.”

“We have got to do something about gun violence in America. I will take it on. There are many people who face it and know it but then turn away because it’s hard,” Clinton said. “It’s a very political, difficult issue in America. But I believe we are smart enough, we are compassionate enough, to figure out how to balance the legitimate Second Amendment rights with preventive measures and control measures so that whatever motivated this murderer who eventually took his own life, we will not see more deaths, needless, senseless deaths.”

Gun control would have prevented this double murder?  Probably not.  You simply can’t ignore the condition of a man’s heart in all these discussions.

She claims that it’s a political problem (and of course, she will fix it).  But it’s not a problem of laws, regulation, and ownership.  Gun violence is a problem of moral decay.

Laws can be made to bring and maintain order in society.  But government cannot enter homes and legislate the presence of moral values and respect for life.

Instead, government officials constantly claim to fix problems that they can’t fix, but all they achieve is poisoning impressionable minds with false hope of easier and better lives by someone else’s provision.  The result is that misguided souls experience the disappearance of personal responsibility.  Dependent people become hopeless people.  Hopeless people become angry people.

We don’t have a gun problem.  We have a people problem….a hope problem.  Ever increasing government intrusion and chatter breeds hopelessness and helplessness.

God and self, in that order.

Big government……silence is golden.  You can’t really fix a lot of things.  People can fix things.  But the more you intrude and the more you talk, you continue to demonstrate a fine ability to make matters worse.